#IFFI51 commences with enthralling cultural performances to celebrate the joy of cinema! 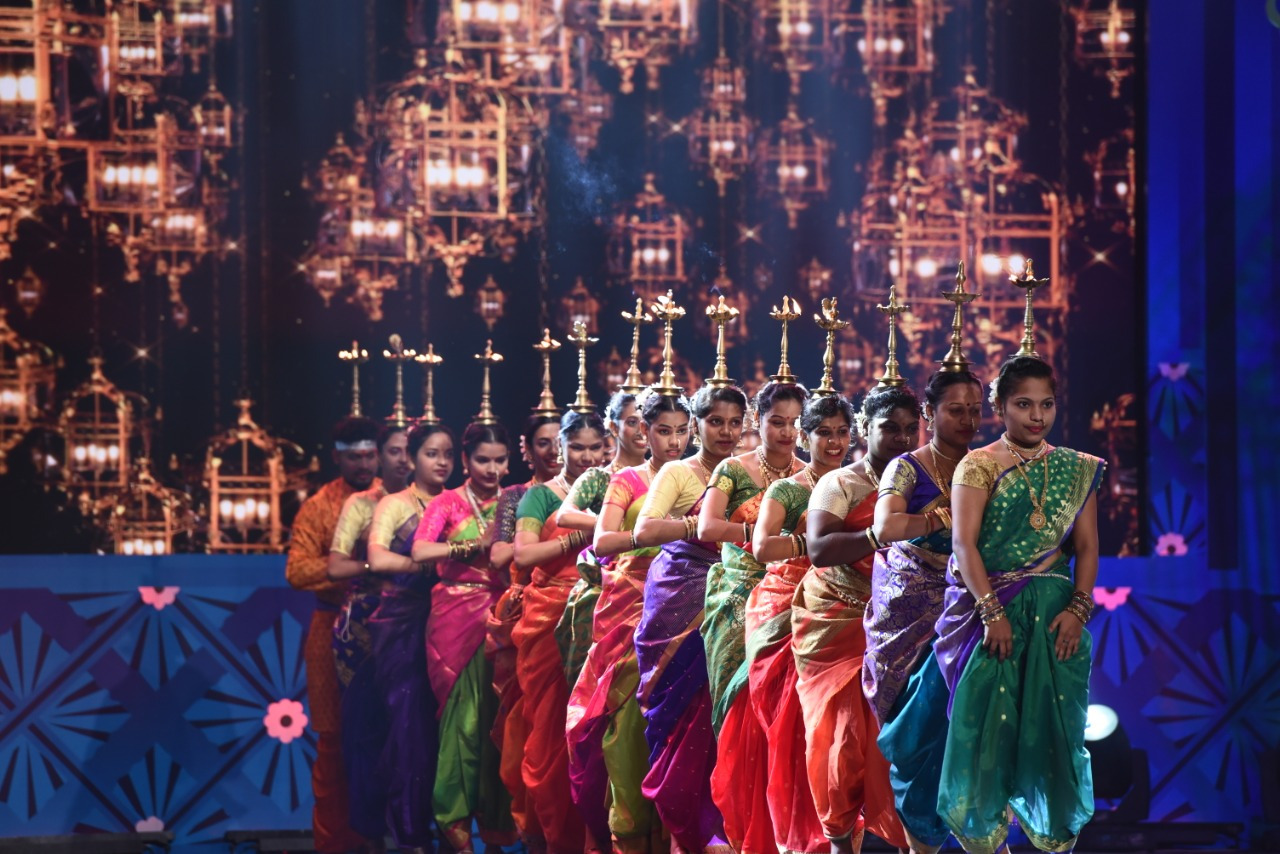 The much-awaited 51st edition of the International Film Festival of India (IFFI) got off with enthralling cultural performances amidst a dazzling ceremony celebrating the joy of cinema. Dr. Shyama Prasad Mukherjee Indoor Stadium at Panaji in Goa today reverberated with the passion of film-stars, film-makers and film-lovers from around the world.

The Opening Ceremony of Asia’s oldest and India’s biggest film festival has been hosted by actor, author and film-producer Tisca Chopra and became further illuminated by the dazzling presence of eminent film-maker Priyadarshan Nair and noted actor Sudeep who has been the Chief Guest, among other celebrated film personalities. The function also saw the graceful presence of Union Minister for Information and Broadcasting, Shri Prakash Javadekar and Chief Minister of Goa, Shri Pramod Sawant, among other dignitaries.

The Lifetime Achievement in the 51st IFFI has been given to Italian cinematographer Mr. Vittorio Storaro. In a video message, Mr Storaro thanked IFFI for recognizing his journey. The legendary cinematographer said that he owes the incredible visual journey he had, to his colleagues and great directors like Bernardo Bertolucci, Francis Coppola, Carlos Oliveira and Woody Allen. “They led me in a special way, like in an orchestra, to use my language of light”, he said. In a word of advice to young cinematographers, he said, “Study, research, prepare yourself. Love what you do, only if you love and believe in something, you can make it”.

“India is a wonderful universe which allows us to continue dreaming day by day, since everything is possible in India”, said Chairman of International Jury, Argentine Film Director Pablo Cesar, in a video message.

A trailor of the festival’s opening film ‘Another Round’ by Danish film-maker Thomas Vinterberg was played in the opening ceremony. “As a starting point, this was a pure celebration of alcohol, but it grew into a celebration of life”, said the Director in a video message. The movie is Denmark’s official entry to the Oscars and stars Cannes Best Actor Award winner Mads Mikkelsen.

“I congratulate all the participants of the 51st IFFI’ – Anupam Kher

“IFFI is something we all film-enthusiasts look forward to. One of the most prestigious festivals in the world” – Anil Kapoor

“Congratulations IFFI on bringing in your 51st edition” – Ranveer Singh

“…..I am so glad that despite the pandemic and the trials the year has put us through, IFFI has been held with all safety precautions put in place” – Vidya Balan

“It has become abundantly clear that the internet is changing the way in which people experience watching movies. I am sure the Goa film festival will explore, reinvent or reframe the film festival experience itself. I see such online festivals becoming popular as being a way of building up a community. This, perhaps, will be the new norm of interacting with film festivals, especially with the film-makers, actors and technicians from around the globe. ” – Mohan Lal

The cultural performances in the opening ceremony specially focussed on the local folk culture and music of Goa – a place that has been home to IFFI since 2004.